The impact of reducing cars in Sydney could provide life satisfaction benefits up to $2.9 billion in value and solve the NSW Premier’s priority to increase people’s access to green space, asserts a report released today by Woods Bagot and ERA-co.

Streets Ahead: A New State of Wellness is a place study on the potential impact of reducing cars in Sydney. The study by ERA-co examined the bold proposition to close quiet community streets but retain main thoroughfares, allowing closed streets to become vibrant places for local communities by creating more space for parks, playgrounds and market gardens.

Commissioned by Woods Bagot, ERA-co interrogated the possibility of increasing and diversifying use of green space and modelled the impact on people and households across broader Sydney.

The research and analysis were done by ERA-co’s head of impact valuation Meg Bartholomew.

“A surprising benefit of the Covid-19 lockdown is that urban streets got quieter and more pleasant. Cities around the world are now introducing measures to retain a more peaceful state,” said Ms Bartholomew. “Our study shows what a strategy for Sydney could look like, at a micro and macro level.”

Critically, the scaleable, place based methodology can be applied to inform governments and communities with measurable impacts of proposed changes.

Sampling 11 inner local government areas, the study shows that closing quiet streets could take up to 100,000 cars off the road resulting in almost $1.3 billion in yearly household savings.

“At Woods Bagot we’re interested in the vitally important design of ‘first and last mile’ experiences in our cities and neighbourhoods, which help create enjoyable and efficient public transportation to reduce cars on our streets.

“The pedestrianisation of Chalmers Street and a new entry as part of Central Station’s redevelopment will make it faster and friendlier for PT users, as did closing a lane off Napoleon Street for Wynyard Walk (an underground pedestrian concourse linking the Barangaroo waterfront and Wynyard Station in the city),” said Mr Prentice.

Welcoming the report as a valuable contribution to the policy debate, Committee for Sydney’s director of policy Eamon Waterford said the Streets Ahead study showed a novel way of delivering the NSW Premier’s Priority to increase access to green public space.

“Transforming quiet streets is a wonderful conversation we need to have in Sydney. Turning streets back to space for gardens and children playing would increase the liveability of our city,” Mr Waterford said.

Woods Bagot director Sarah Kay hopes the study will inspire planners and policy makers to support place based approaches as they address issues of urbanisation.

“These are big numbers, the types of figures that we don’t typically see. The Streets Ahead report shows how it’s possible to back up bold and progressive propositions with hefty evidence,” Ms Kay said.

Download the report Streets Ahead: A New State of Wellness. 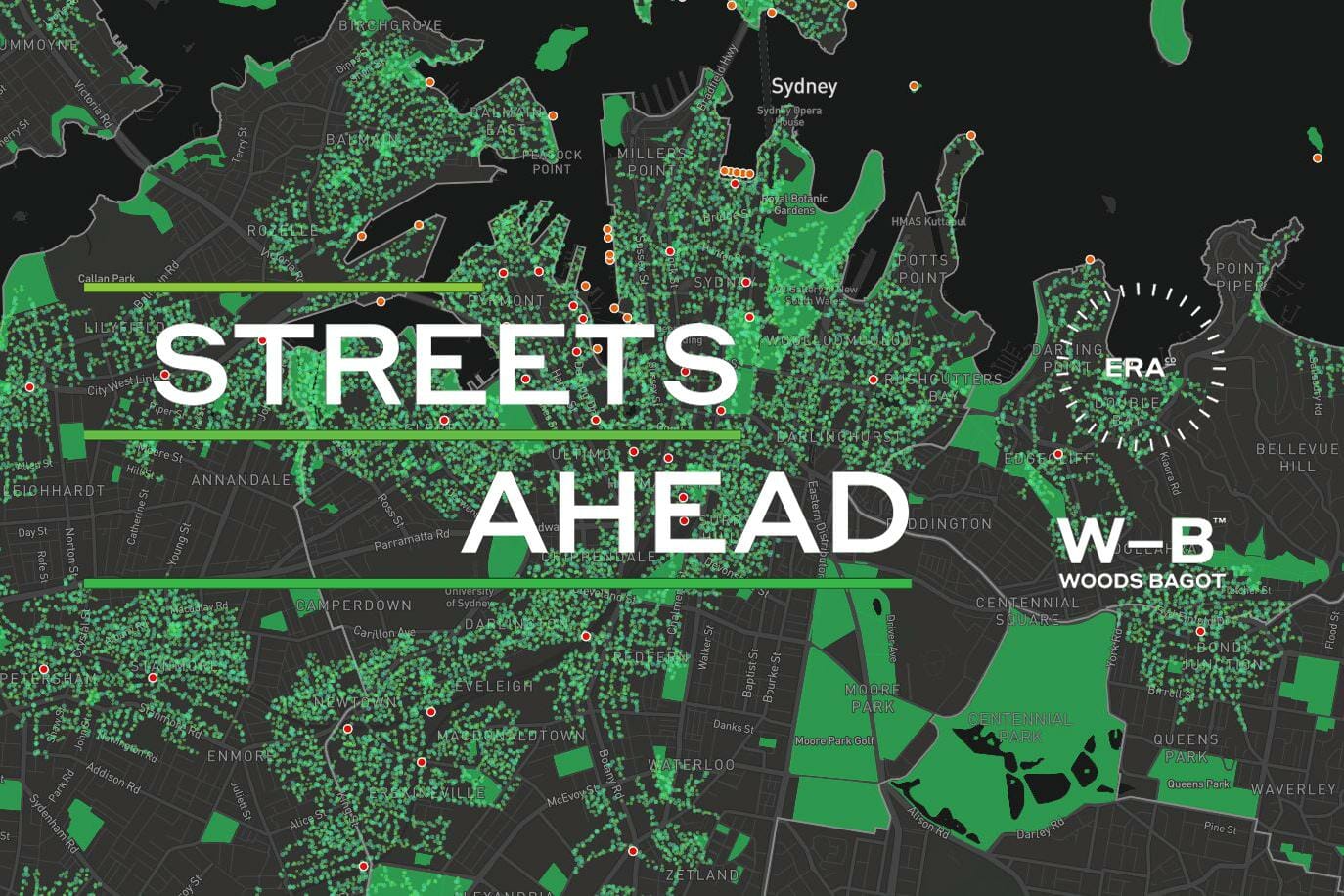 In an analysis of 11 inner Sydney local government areas, a global architecture firm says up to 800 kilometres of lesser-used roads could be replaced with pedestrian networks, community spaces and market gardens | @AngusGthompson https://t.co/lV7k8B673c