The design concept for a second South Australian Health and Medical Research Institute for Adelaide, Australia, is unveiled. It will be known as the Australian Bragg Centre for Proton Therapy.

The new clinical and research building will be owned and developed by Commercial & General. It will house the Australian Bragg Centre for Proton Therapy and Research, which will be the first of its kind for cancer treatment in Australia and the most technologically advanced precision radiation therapy center in the Southern Hemisphere.

Located on the northwest corner of the $3.6 billion Adelaide Biomedical City precinct, the 14-story structure project will display a more muted façade than its adjacent landmark counterpart—the award-winning South Australian Health and Medical Research building—completed in 2013. The restrained approach includes the tower component, as well as the repetition of glass panels, a rectangular curtain wall, and sun-shading system. Comprised of three sides, its transparent building lobby, retail areas, and an outdoor terrace will anchor the North Terrace Boulevard. The Australian Bragg Centre for Proton Therapy will occupy the building’s three lower levels.

“The original SAHMRI was a catalyst in the resurrection of inner-city Adelaide, and the evolution of an internationally regarded health and biomedical precinct. The design of SAHMRI 2 echoes the gravitas of this precinct where state-of-the-art technology is part of the city’s ongoing transformation,” Thomas Masullo, a director at Woods Bagot, said.

The building is expected to be completed in 2021. 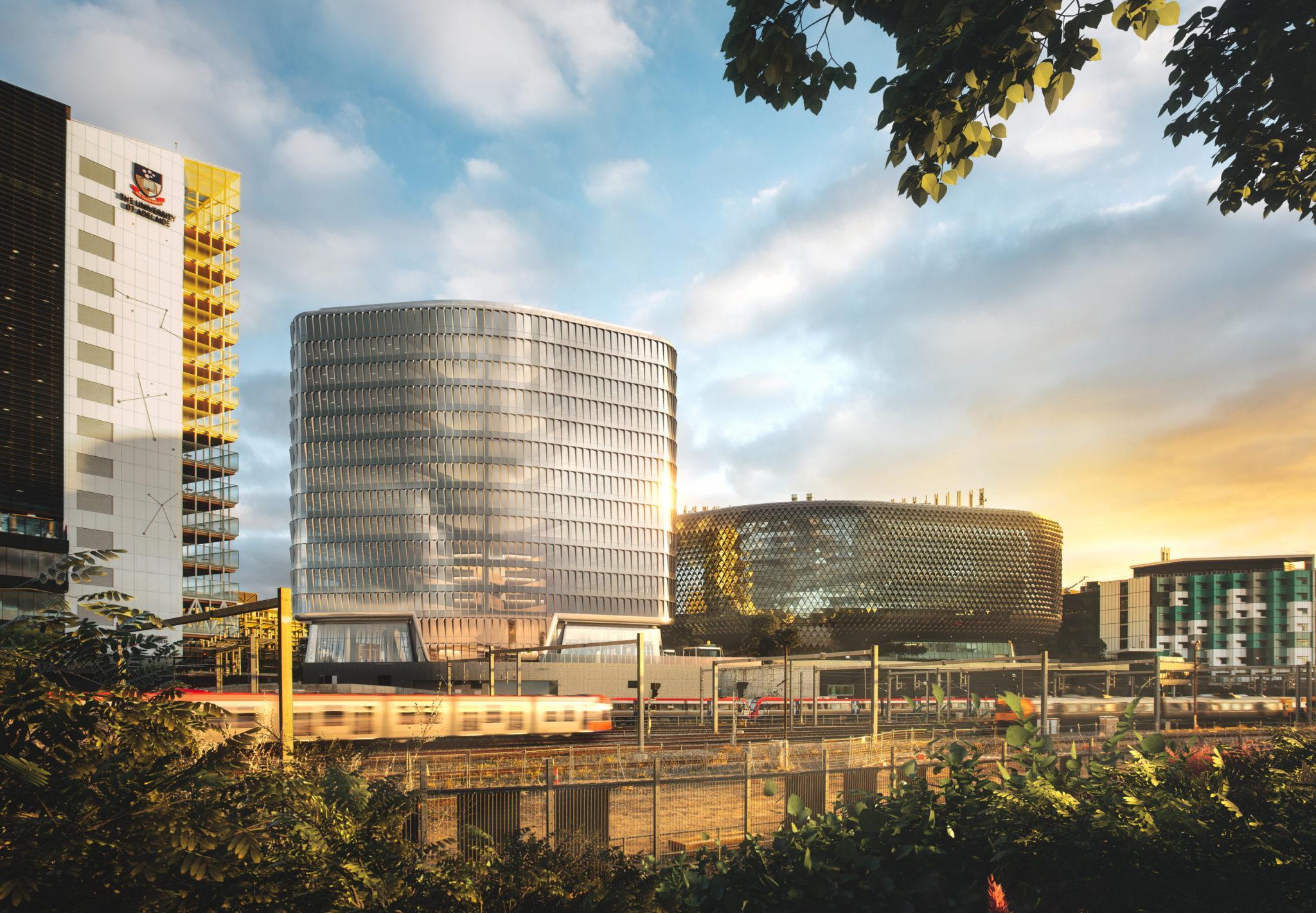 SAHMRI 2 at left above, adjacent to the original SAHMRI building, at right. 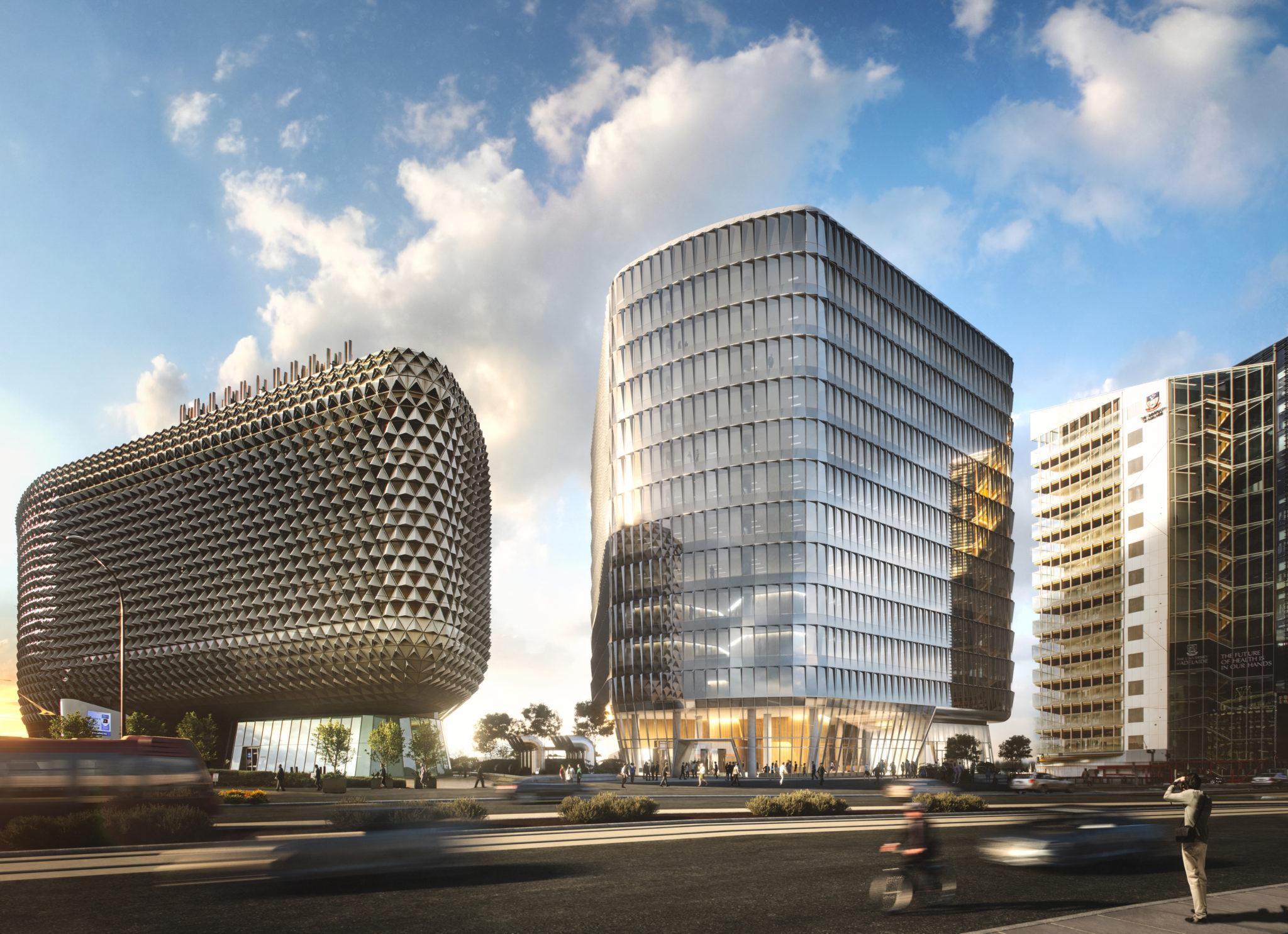 From left to right: the original SAHMRI building next to SAHMRI 2 within the Adelaide BioMed City precinct.