Our Australian studios will join fellow architects and hundreds of other Australian and global business supporting worker participation in Not Business As Usual, a group backing international climate marches on September 20, 2019.

This pledge recognizes that businesses will take measures to allow their employees to leave the workplace to participate and raise awareness of the world’s climate and biodiversity emergencies. Our studios will still be open for business, but employees are allowed to leave during work hours to attend rallies in their city. Woods Bagot is also a founding signatory of Architect’s Declare Australia.

These rallies are taking place three days before the United Nations Climate Action Summit, which will be held at the UN Headquarters in New York. The Not Business as Usual movement encourages organizations and people to participate to bolster these movements which are primarily lead by young people.

Swedish environmental activist Greta Thunberg can be credited with spearheading this global campaign by raising awareness of the risks of governmental bodies not acting on the climate crisis. She started by conducting #FridaysforFuture where she would sit in front of the Swedish parliament during every school Friday for three weeks. These actions went viral, and Thunberg continued her sit-downs until Sweden’s policies followed the Paris Agreement. This practice eventually spread to other countries where young people would host their own Friday rallies. Now, it has become a global event. 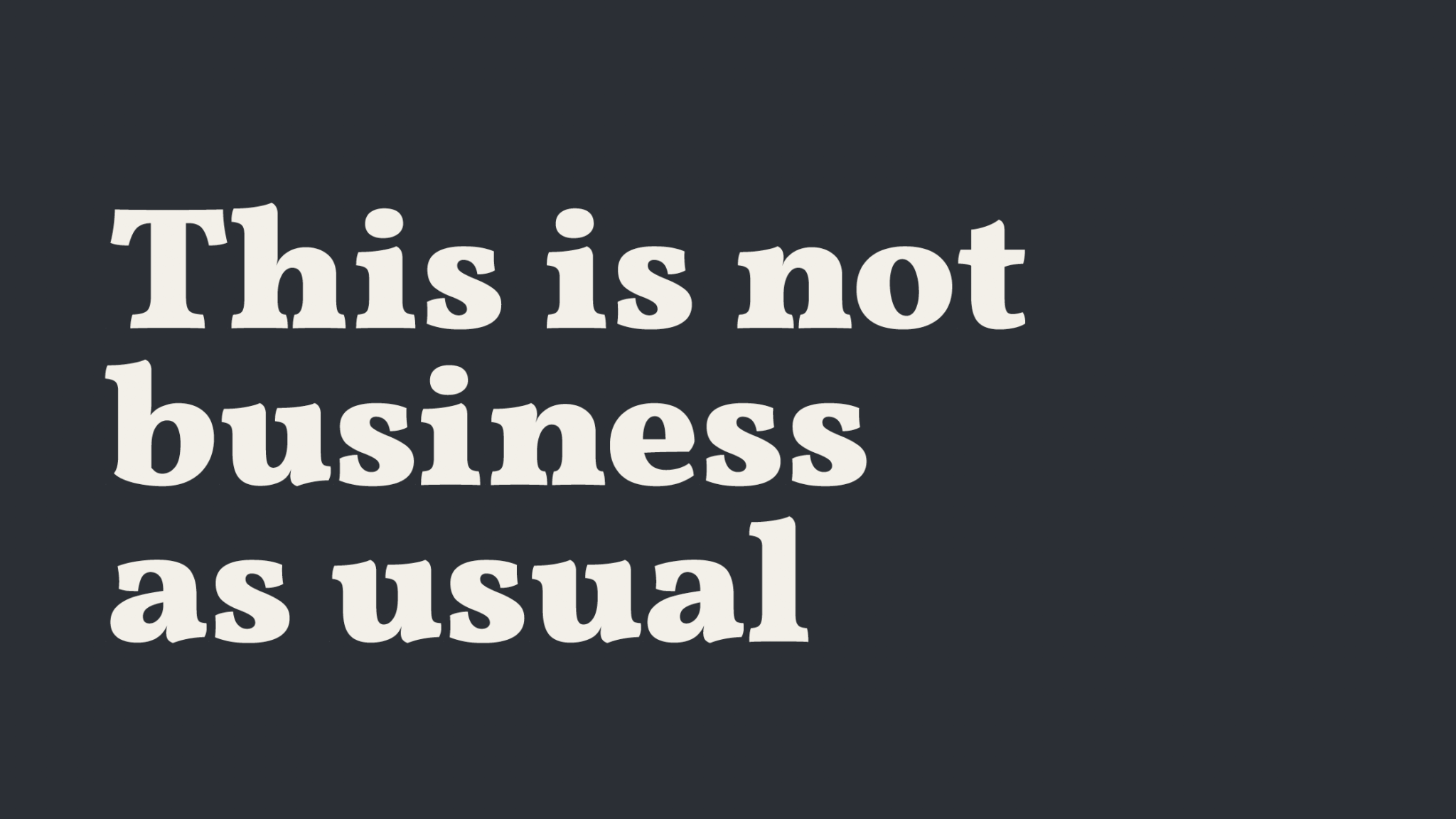